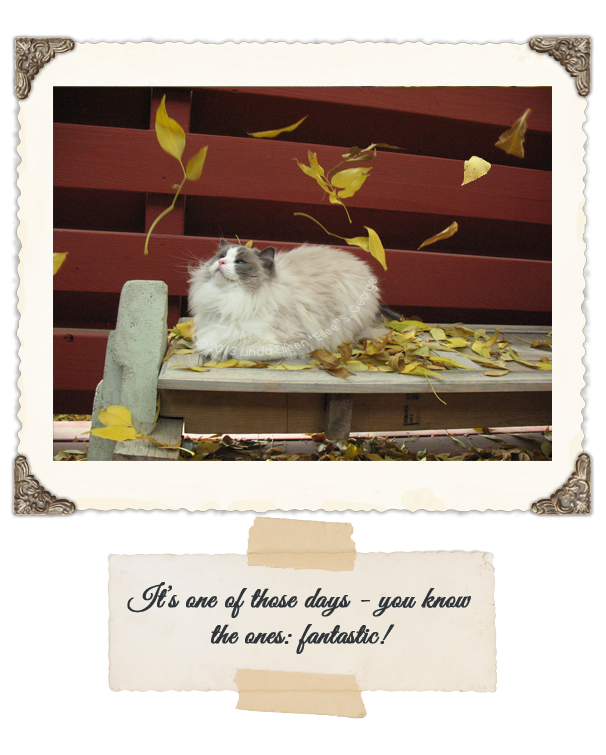 Boo: It looks different outside.

Boo: Which one is this again?

Boo: I pick Autumn. The other one sounds scary.

Yeti: [Giggling] You don’t fall – the leaves do. And they’re fun to watch and chase and pounce on!

Boo: People must really like this season, if they named it twice.

Yeti: I know ours like it because they run out to the mountains to take photos for Missus to paint. They definitely like it. And I like it.

Yeti: What’s wrong with that?

Boo: You’re just so…happy with everything. [Sticks her tongue out]

Yeti: [Getting flustered] And what’s wrong with that?!

Yeti: Who said they would be?

Boo: Who said they wouldn’t?

Yeti: I don’t know. Somebody. [Blinks] But we do have it good. Have you seen those poor animals on those save-the-animal ads?

Boo: I used to be one of those.

Yeti: You weren’t as bad off as they were…were you?

Boo: No, not nearly.

Yeti: You’re not happy unless you’re unhappy. That’s too bad. There are people like that.

Boo: I’m not always that way; I just get in these moods….

Yeti: Look here outside on the patio. There’s sunshine in the leaves.

Boo: I remember that it doesn’t last very long.

Yeti: I know…but if it were always beautiful, would you appreciate it as much?

Yeti: Look for the beauty in everything and guess what – you’ll find it.

Boo: That sounds profound, in theory…

Yeti: It works in practice too. Don’t be so bleak, Boo. You think Winter is ugly and boring. I find it fun and fascinating. It’s cool to see something different for a change. You can bounce around in the snow and look at crystal glass etching on the windows and see ice stalactites hanging from the eaves. The branches get frosted and there’s occasional fog softening everything; snowflakes flutter down so gently, and there’s a nice hush and it’s easier to sleep.

Yeti: You have to get through Fall before we try hibernation. 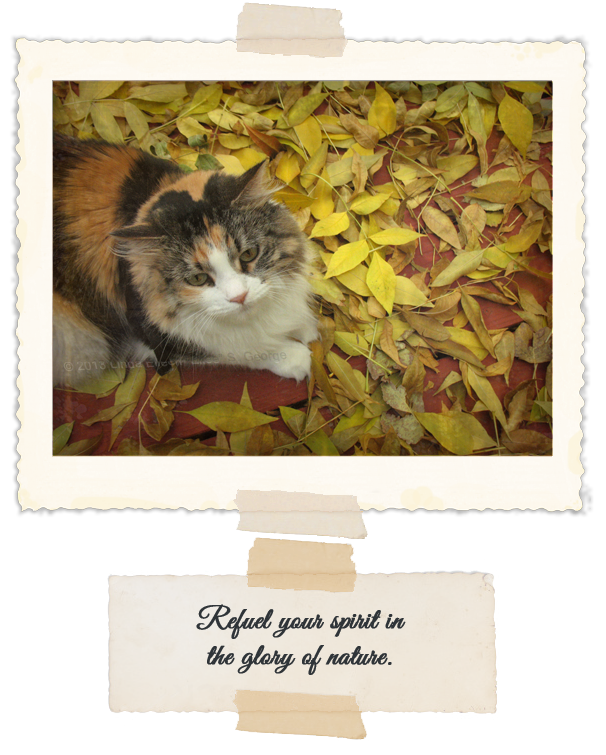 Tagged Peekaboo, Yeti. Bookmark the permalink.
Kitties prefer fish, but WordPress and plugins for site function use cookies (mmm) to give you the best experience on our website. Continuing to use this site tells us you're okay with it!Ok (Purr)